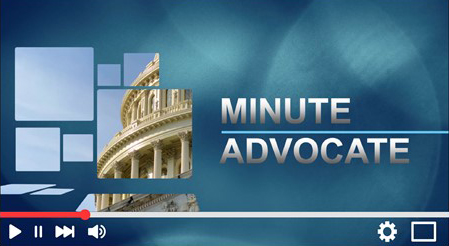 We are just one month away from the midterm elections and Washington is abuzz with prognostications of the outcome. For some, it is great parlor talk, yet for others, it has real ramifications for members, clients and industries in the future. And, for many, the outcome has more immediate impacts in terms of what might get done before the Congress retires sine die at the end of the year.

Let’s review the state of play. In the House of Representatives – despite a significant turnaround for Democrats in the last two months – historical precedent, the sheer number of Democratic members retiring and voter sentiment about the state of the nation are all working against them. The Dobbs decision is changing the dynamic, no doubt, but is unlikely to be enough to preserve a Democrat majority in the House. Republicans may win a smaller majority of seats in the House, but a majority (218) is all they need and a majority they are still likely to get.

In the Senate, the math is also relatively easy. At a 50/50 split, each side needs to hold all of its incumbent or open seats and take at least one from the other side. So, who is at greater risk? On the Democrat side, the top candidates to flip are New Hampshire (Sen. Maggie Hassan) and Georgia (Sen. Raphael Warnock) with Colorado (Sen. Michael Bennett) not too far behind. For Republicans, Wisconsin (Sen. Ron Johnson), Pennsylvania (Sen. Pat Toomey, retiring) and Ohio (Sen. Rob Portman, retiring) top the list.

With that in mind, here is what’s in play in November – and what the different outcomes might mean for the rental housing industry.

Scenario 1: Democrats maintain control of both the House and the Senate (15%)

If Democrats were able to pull this off, it almost certainly be by the same or even narrower majority they currently hold (five seats). For our industry, that means more defense against proposals like federal source of income protection and restrictions on resident screening. But there will be continued strength in the moderate wing of the Democratic party which previously staved off an extension of the federal eviction moratorium and changes to the taxation of a carried interest.

Under this scenario, House Republicans would be alone in pursuing their agenda and would likely end up seeing all but a few of the bills they pass die at the doors of the Senate. They have made their priorities clear – impeach the President and several members of this cabinet, conduct investigations into Hunter Biden and the January 6 Committee and conduct aggressive oversight of federal agencies. This last item is important as we fully expect the President to pivot to federal regulatory powers to implement his agenda once the legislative route is closed.

Scenario 3: Republicans take the House and the Senate (35%)

If Republicans take both chambers of Congress, there will be a great deal of coordination on the legislative agenda; however, none of that will succeed with President Biden holding the veto pen. Like in Scenario 2, this outcome also virtually guarantees greater regulatory action by the President and additional Congressional oversight of those activities.

Regardless of the outcome of the midterm elections, the National Apartment Association (NAA) will maintain our aggressive engagement with members of Congress and their staff on our issues. That means continued expansion of our key contact program, especially in light of the many new representatives and senators who will be sworn in after the first of the year. Crucial too will be the NAAPAC so we have access to these members and may ensure your voice is heard when it matters.

The midterm elections are going to be pivotal for the future of housing policy, and that is why NAA is introducing the Apartment Party: a new political perspective for the rental housing industry that transcends individual party affiliation. Regardless of your personal political views, as someone who works in the rental housing industry, it is essential that our industry speaks loudly and with a unified voice. You can read more about the Apartment Party here.

As a member of NAA and the Apartment Party, it is important that you are registered to vote. As part of our launch, NAA is pushing the #NAAVotes initiative to ensure that all NAA members are registered to vote in the upcoming November elections. Visit the NAA Votes campaign page to check your registration status and register to vote if you have not yet done so. NAA’s 93,000 members and their hundreds of thousands of employees can create a powerful voting bloc that lawmakers will take seriously.

Thanks for reading. Talk to you next month.